Schmidt Rebound Hammer test is widely used for non-destructive testing of structures as per IS 13311 (Part 2): 2013 to provide a convenient and rapid qualitative indication of the compressive strength of the concrete. There is a specific relationship between the rebound number R obtained by the impact of the hammer with the test surface and the hardness and strength of the concrete. The average cube compressive strength of concrete (of size 15 cm) is then estimated from the selected conversion (calibration) curve printed on the hammer, depending on the rebound value R and the testing direction (whether tested upwards, downwards or horizontal). 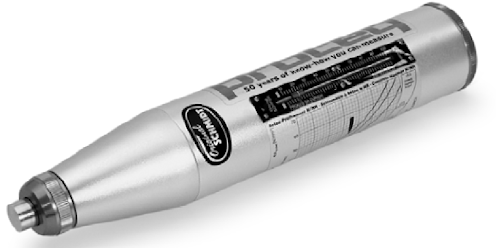 
Diamond Core Drilling Machine, HILTI DD 160 is used to cut cylindrical concrete core of diameter 25 mm – 200 mm from concrete. This equipment is used to extract cylindrical cores from cubes for preparing specimens for testing water sorptivity and to test the in-situ strength of concrete by core testing as per IS 516 (Part 4): 2018. 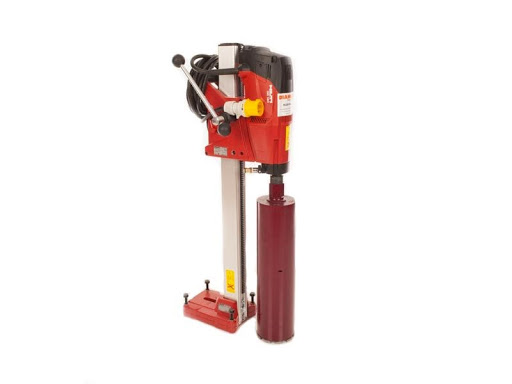 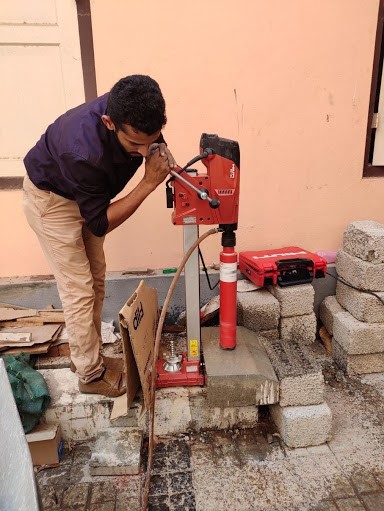 Proceq Pundit PL-200 Ultrasonic Testing Instrument is widely used non-destructive test and the best-in-class Ultrasonic testing instrument to evaluate the quality and homogeneity of concrete. The Proceq Pundit PL-200 is developed using a new generation and design-protected Touchscreen Unit. The equipment consist of Pundit touchscreen, 2 transducers (54 kHz), 2 transducers (150 kHz), 2 BNC cables 1.5 m, couplant, calibration rod, BNC adapter cable, power supply, USB cable, DVD with software, documentation, and carrying strap and carrying case. The instrument is portable and can be used both in lab and in-situ. For material research, this equipment is used to estimate dynamic modulus of elasticity of cement based systems based on the ultrasonic pulse velocity, poisons ratio and bulk density. For consultancy works, this equipment is used to assess the quality of concrete when tested as per IS 516 (Part 5): 2018. The touchscreen is with highest resolution and sharpest image available in the market allowing best possible analysis of the measured waveforms. The machine is calibrated before testing (zeroing of transducer). When the pulse is induced by transducer (transmitter) at one end, it undergoes multiple reflections through the concrete matrix and is received at the opposite end (receiver). The velocity (m/s) and time (µs) taken to pass through the specimen is digitally captured by the apparatus. The instrument has advanced scan modes such as A-scans, line scans, data logging, and area scans. At present, the instrument is extensively used by the research scholars in investigating the deterioration of cement-based materials in aggressive aqueous environments. 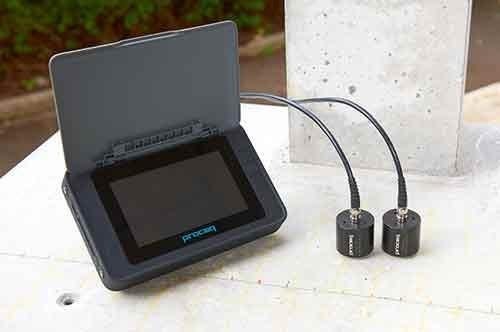 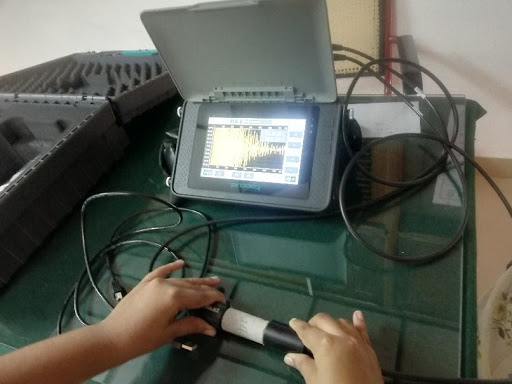 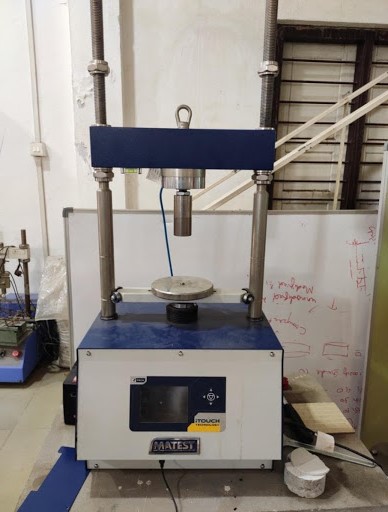 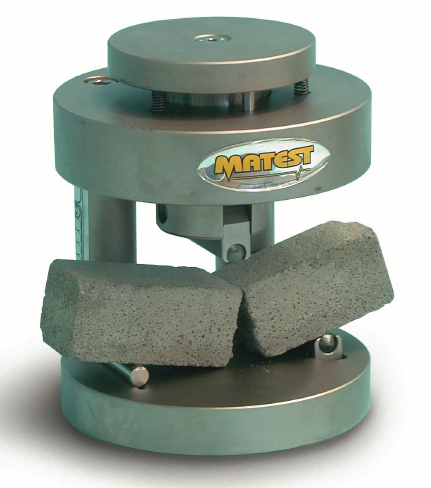 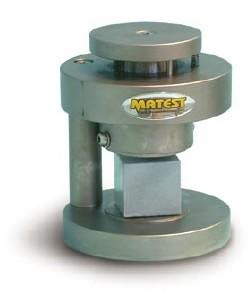 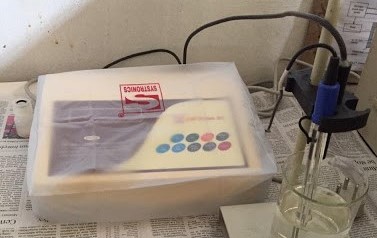 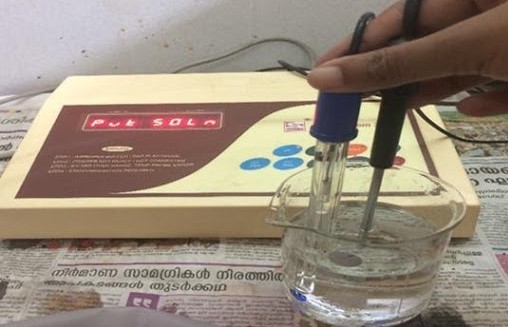 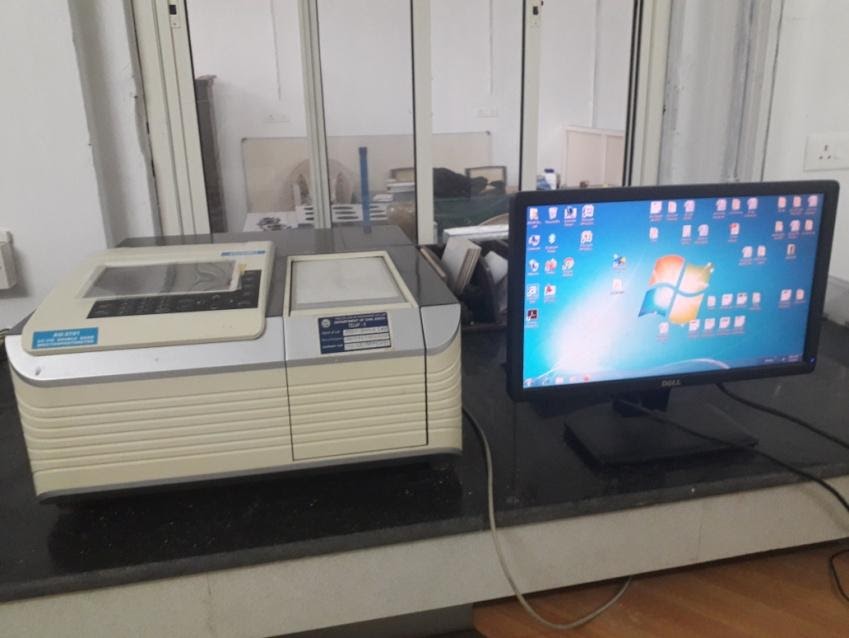 Used for the quantitative determination of analytes in water and wastewater. Currently used for the measurement of chlorophyll-a, nitrates, sulphates, phosphates, COD analysis, iron, chromium VI 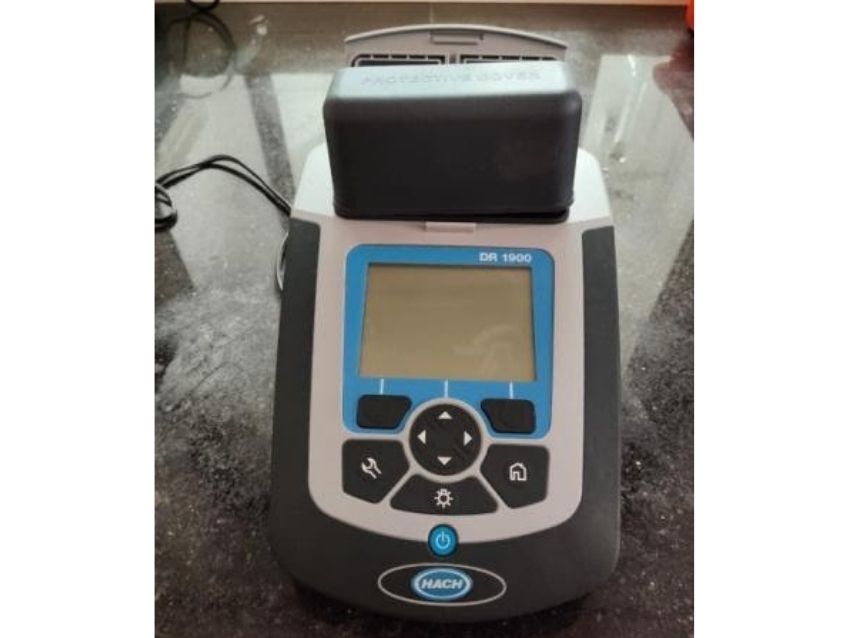 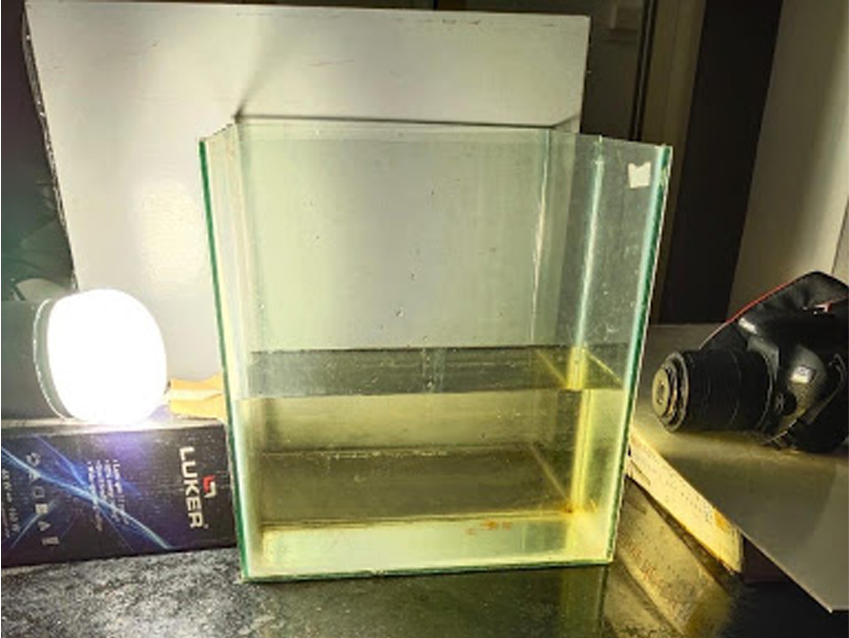 For the estimation of settling velocity of flocs and suspended sediments for application in water treatment, estuarine sediment dynamics. 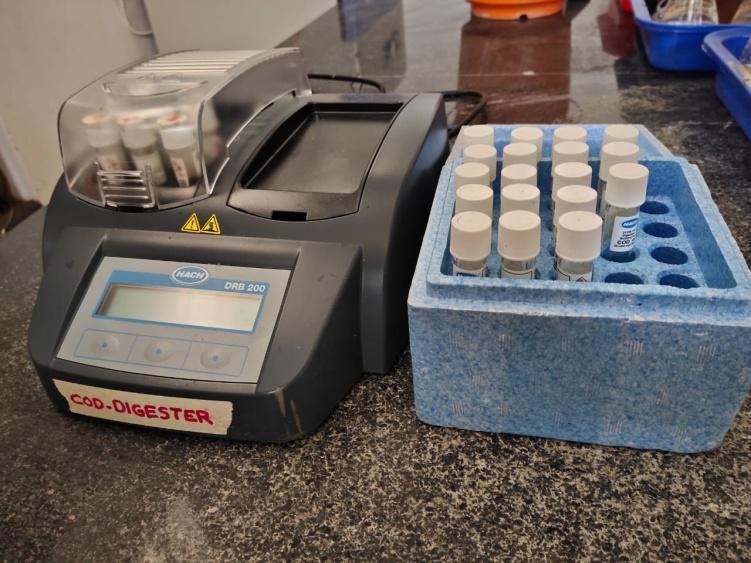 For the analysis of Chemical Oxygen Demand of wastewater samples 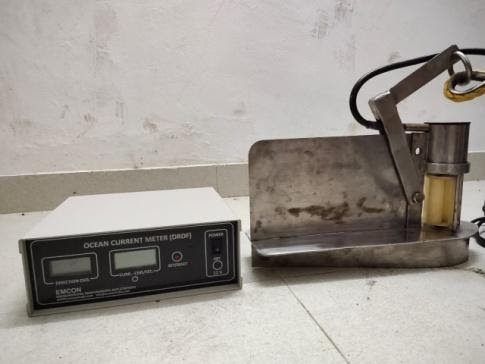 For the measurement of current speed and direction in rivers, estuaries, streams 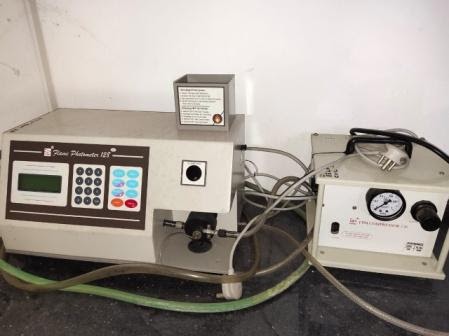 For the analysis of sodium and potassium in water samples 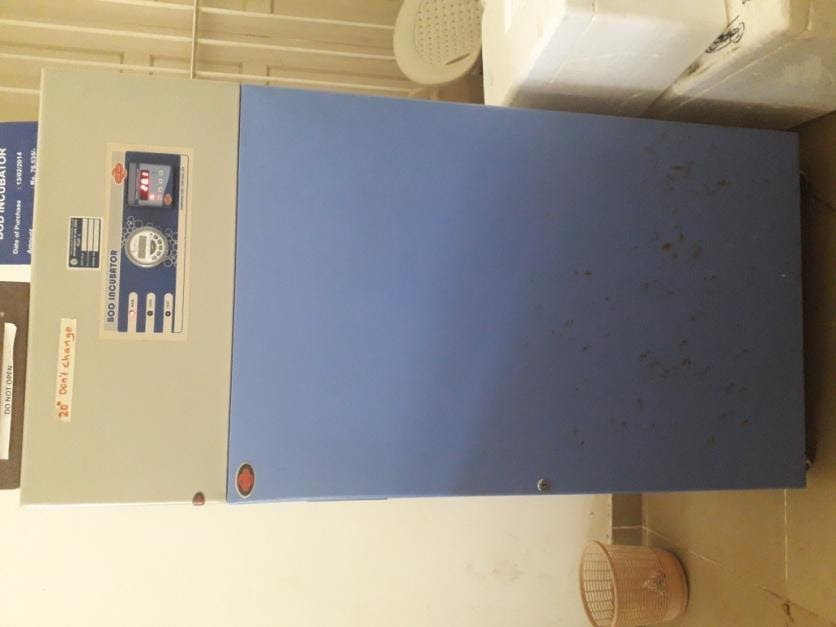 For the analysis biochemical oxygen demand of wastewater samples 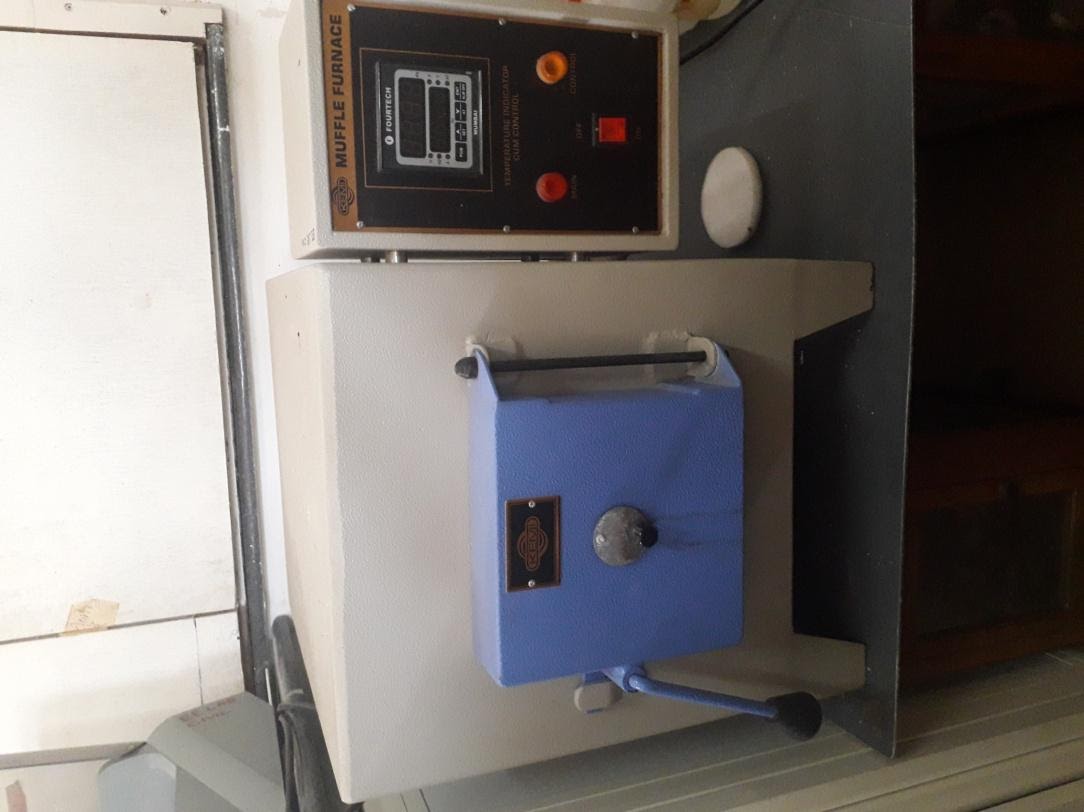 For the analysis of organic and inorganic solids in water and wastewater, material processing 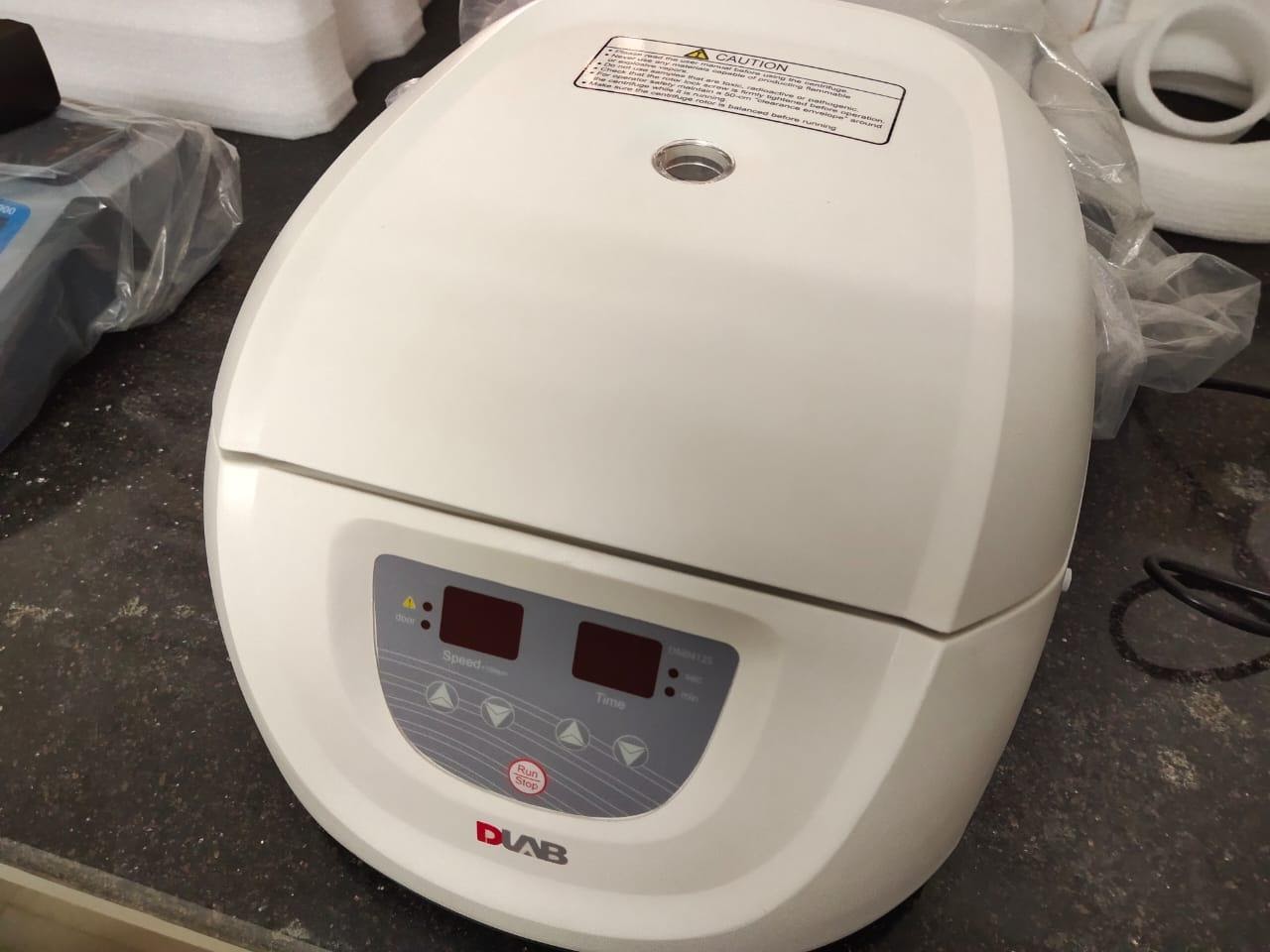 For the solid-liquid separation 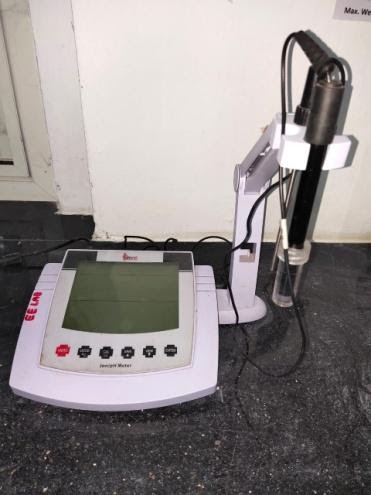 For the analysis of nitrates in water and wastewater samples 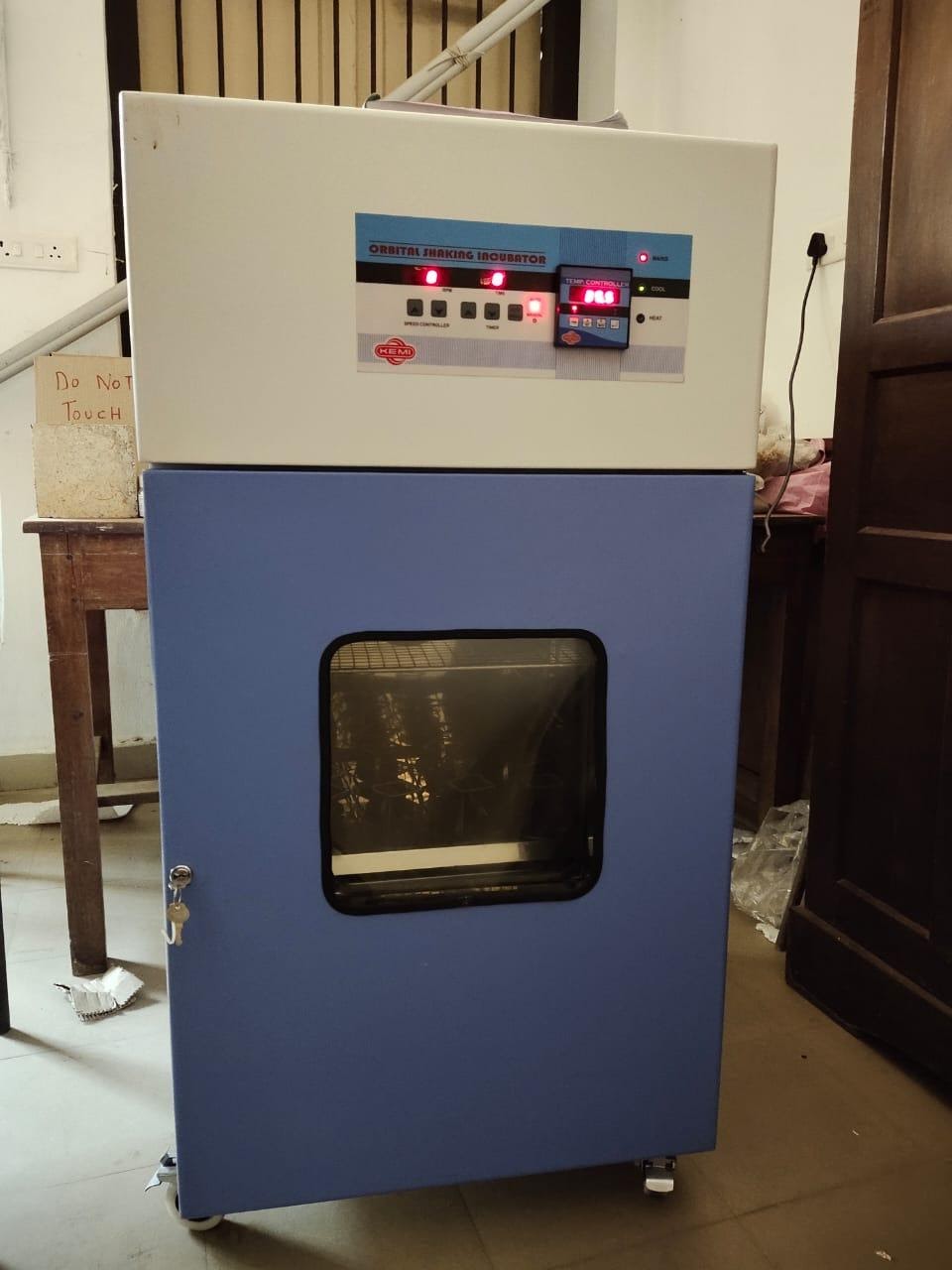 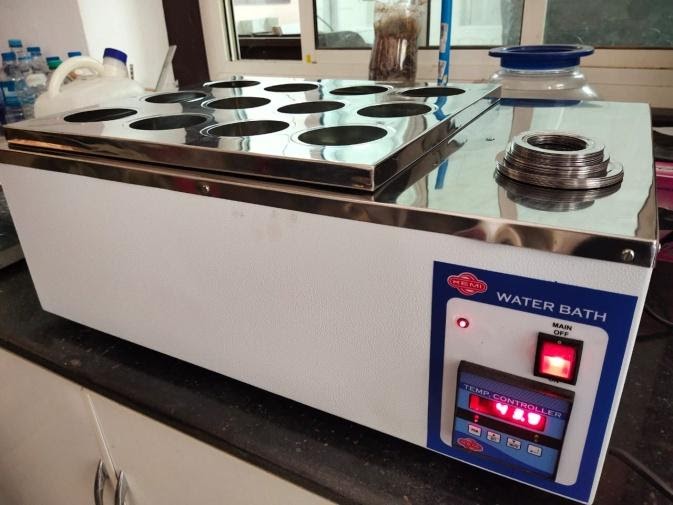 1. SOIL FATIGUE TESTING MACHINE
The system provides a unique and simple technique for determining the behaviour of a soil beam under cyclic loading. The subgrade soil plays an important role in the design of pavement structure as it has to give adequate support to the pavement, for which it has to possess sufficient stability under adverse traffic and climatic condition. In the long term stability of structures durability of subgrade is required as to retain stability and integrity as these structures are exposed to the destructive forces of weathering whereas the fatigue life is the number of traffic load cycles corresponding to the failure of the specimen under repeated loading or number of loading. Stabilised soil requires to be checked as this soil must be maintained for long term and may be susceptible for adverse climatic condition and repeated application of traffic loads. 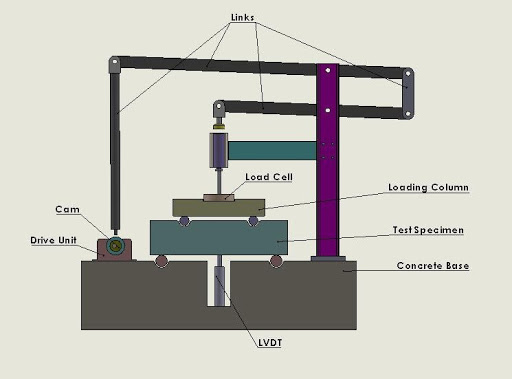 2. LEUTNER KIT
Leutner Kit is used for evaluating interface shear strength of bituminous layers. Pavement structures comprise several layers of different materials. The overall strength and stiffness of the pavement depends not only on the strength and stiffness of each individual layer, but also on the bond between them. If the bond at an interface be inadequate, the strains throughout the pavement may increase (under trafficking) and its life may consequently be reduced. The Leutner test can be used to measure the bond condition between surfacing and binder course materials and binder course and base materials. Different ranges of bond conditions can be investigated using Leutner Kit. 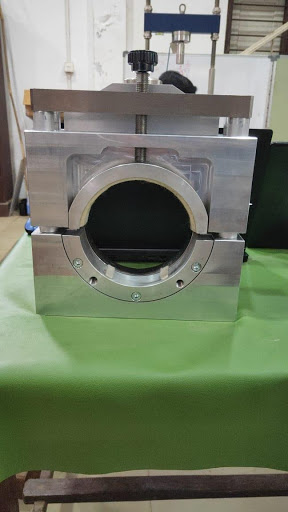 3. AUTOMATIC MARSHALL STABILITY TEST MACHINE
The Automatic Marshall Stability Test Machine with Control Unit is designed to determine the maximum load and flow values of bituminous mixtures. With suitable accessories, it can also perform semi-circular bending test and indirect tensile strength of bituminous specimens. The machine comprises of a robust, compact two column bench type compression frame with adjustable upper cross beam. The control and data acquisition unit are designed to control and process data from the loadcell and displacement transducers fitted on Marshall Stability test machine. It can perform marshall, indirect tensile and semi-circular bending tests. Marshall Stability Test Software is developed for Marshall stability tests in accordance with EN 12697-34, ASTM D 1559, D5581, D 6927, AASHTO T 245, NF P98-0251-2 indirect tensile tests in accordance with EN 12697-23 EN 12697-12 (method A), ASTM 6931, AASHTO T283 and semi-circular bending tests in accordance with TS EN 12697-44. The software includes control of machine, acquisition of load and displacement data, saving them and generating reports. The software accepts specimen diameter and height as an input parameter. It automatically calculates correction factor coming from the standards with respect to specimen thickness. The stability value is calculated regarding this factor. The software continuously updates load and displacement until the end of test. When the test is completed, the sharpest slope of the graph is calculated. 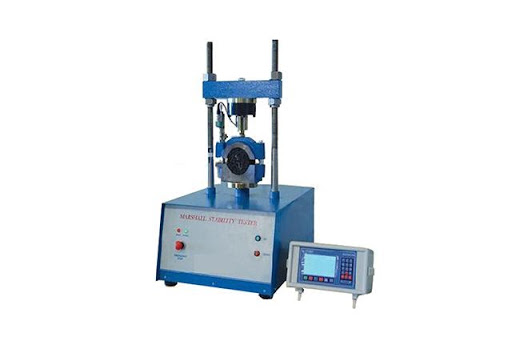 Hydroinformatics lab provides the facilitates of computational research in the water and environmental engineering field. The laboratory is equipped with diverse licensed software including MATLAB, STAADPro (with water and wastewater modules), ANSYS, R packages and MATLAB tool boxes for computations in statistical hydrology, open source software for geo-spatial modelling and Artificial intelligence tools 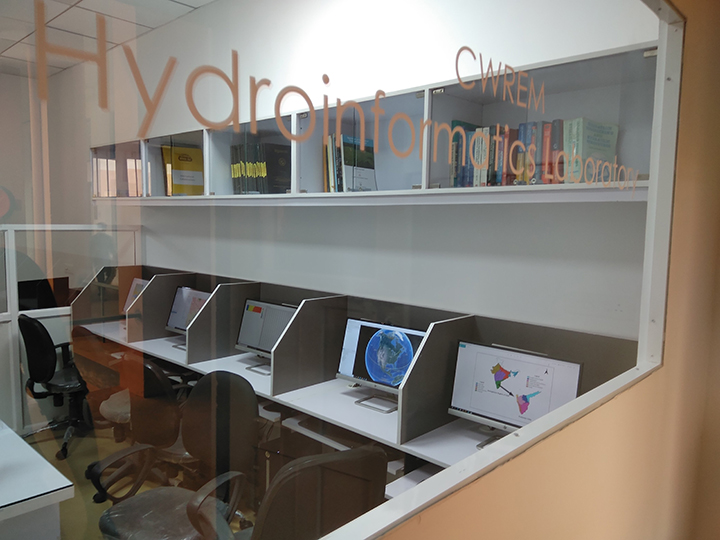